Omega 3 fatty acids are essential for everyone

Home SupplementsOmega 3 fatty acids are essential for everyone

Omega 3 fatty acids are essential for everyone 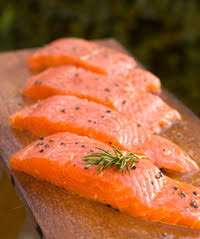 Fat and acid are good for you

Strange how we are given a supplement containing two words, fatty and acids– that we’ve been taught all our lives are bad for you—and now we’re told not only are they good for you, they’re essential!

Fatty acids, also known as EFA’s, or Essential Fatty Acids are good for you, but not because they’re important—but because they are essential! And needed by the body for many important functions. Say that again?

Y’see, in the nutritional sense, when we use the word “essential” in the name of a nutrient, it means that the body needs it, but either doesn’t produce enough of it, or produces none of it, and therefore has to be supplemented or ingested from a food source, such as fish.
Something is fishy here, but that’s good for you too

So, people get their EFA benefits primarily from fish oil, just as they have been for generations. Maybe you can remember your mother or grandmother giving you that spoonful of cod liver oil before sending you off to school.

That tried and true remedy warded off any and every disease they came down with then. Soon after, as progress would have it, life became more complex and so did man’s afflictions. Too much for that spoonful of cod oil to handle.

Man now had new pollutants in the environment to contend with. Toxins in the air, water and food, new strains of bacteria, viruses and parasites. And the panacea that was going to rid the world of disease: the pharmaceutical companies. Thank you, Hippocrates, for bringing them to us. We have survived them!
Hey, how come those Eskimos look so healthy

Around the mid-1970’s, revolutionary research revealed a very low incidence of cardiovascular disease among the Greenland Eskimos, in spite of the fact that their diet consisted of mainly fish and 70% blubber fat.

Scientists found out that it was the type of fat that kept them so healthy—fat from the cold water fish and other aquatic mammals. Further investigation revealed that there were two types of fat found in the oils from cold-water fish.
So EFA’s gave birth to EPA’s and DHA’s

You’ll know in a second why we refer to them by their initials. EPA is known as eicosapentaenoic acid, and DHA as docosahexaenoic acid. But its better that you know them by what they do:

DHA- the most important and abundant fat dealing with brain activities:

Now that you know the benefits of fish oil, try to get it direct from the fish if you can. Salmon, mackerel, herring, and other cold-water fish, are your best catches, about two servings a week. Or get it as a supplement and take 2,000 mg caps daily. If you get the “fish burps” ask for enteric-coated capsules and that will get it down, quietly.

The Link between Nutrition and Depression

Way back in time, nutrition was never related to any[...] 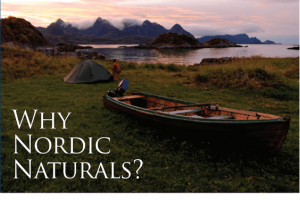 You would have always heard health experts on television talk[...]