Blood typing refers to a technique that determines the specific type of blood an individual has. It identifies the particular agglutinogens, antigens or proteins that are present on the surface of red blood cells. Agglutinogens come in two types, the type A and type B, which are chemically distinct from one another. Through this technique, the blood types can be grouped into four types, A, B, O, and AB.

In addition, blood typing identifies the presence of another protein called the Rh factor on the surface of the red blood cells. Those who have this substance on their blood are grouped under Rh+ or positive while those who do not have this are considered Rh- or negative. Combining Rh with a specific agglutinogen, an individual who is type B with the Rh protein on the surface of his or her blood is said to be type B positive.

Can the specific blood type dictate the kind of diet an individual should have?

It is good to know the specific blood type that each individual has in order to determine the kind of diet that matches with the blood. Scientific studies revealed that some proteins in food can react differently with each blood type. A type of proteins called lectins exhibit agglutinating properties that can trigger different health problems when they agglutinate in any organ of the body. Individuals who are sensitive to lectins may suffer from severe intestinal damage, which disrupts digestion, causes loss of proteins and retards growth. Lectins have the potential to block glucose uptake and insulin receptors, which may lead to celiac disease and support the growth of harmful bacteria. In addition, these proteins can trigger several immune reactions such as IgG, IgM, and IgE as well as lymphocyte mitogenesis, an induced mechanism of cell division.

Some probiotics or beneficial bacteria can also potentially trigger hemagglutinin activity similar to the effects of lectin, which may be blood type-specific. This happens because blood type antigens are also present in the digestive tract, particularly in the mucus along its lining. Most of these good bacteria utilize the blood type to determine the kind of food that they need. Blood type-specific polyflora of probiotics should be matched with the kind of prebiotics that could further enhance the growth of these beneficial bacteria.

Knowledge of blood typing is extremely important in the case of newborn babies. They have a sterile gut, which later becomes the home of bacteria during the first few months outside their mom’s womb. Usually, these bacteria have terminal sugar structures on their membrane, which match the A and B agglutinogens found on red blood cells. Once it recognizes the antigens on bacteria, the newborn’s immune system produce antibodies, the anti-A and anti-B isoagglutinins, that act against the bacterial sugars, which results to a cross reaction with the red cell antigen.

Thus, understanding the particular blood type and the specific nutritional diet that matches with it is important for the overall well-being of an individual, young and old alike.

Most parts of the human body are covered with hair.[...] 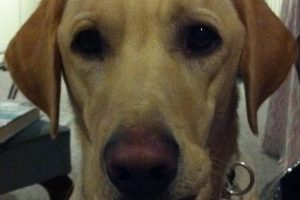 I began to explore natural approaches to my pets’ health[...]

Everything we put into our bodies, whether it is swallowed,[...]