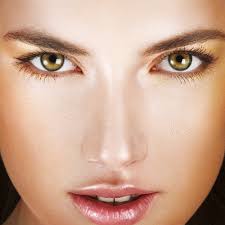 We can tell many things about how a person feels just by looking into their eyes; but more than a hundred years ago, German doctors recognized the diagnostic ability of the human eyes through iridology. It became a window into the physical conditions existing in a person’s body.The original emphasis was on the portion called the retina. It is diagnostic in the sense that many things can be seen by doctors in it. They soon realized, however, that although the retina showed some things, more than they knew before about the body, it can only provide limited information.

With further research, investigators began to see the patterns and the connection between the blood vessels found in the back and the iris of the eye. Patterns and colors that appear in the iris, enable doctors to detect underactive organs or tissues and overactive organs and tissues. They show the problem regardless of what stage it is in, even if it’s in the pre-symptomatic phase. Later on, they also learned the eyes represented the whole body. It is a true way of analyzing a person holistically through the analysis of the eyes and its relationship to the body.

There are more than 90 different organs and tissues that are represented in the eye. Eye patterns are specific for each individual making it far more accurate and permanent than fingerprints. And although diagnosis through the eyes as a science is relatively new, its accuracy and ease of use has stepped up onto the forefront of natural alternative health analysis.

Unfortunately, many who practice holistic health and holistic forms of analysis often approach the body one part at a time. Perhaps it’s mainly because they don’t have the necessary training to understand the interrelationships of the signs and the inner workings of the eyes with the actual conditions of the body. As a result, holistic practitioners are unable to fit the pieces together completely and understand the delicate pieces of information and the true implications of what the eye is saying and what signs are actually being embodied.

Iridology Can Save Lives

Iridology come from the word iris, and it is basically[...]