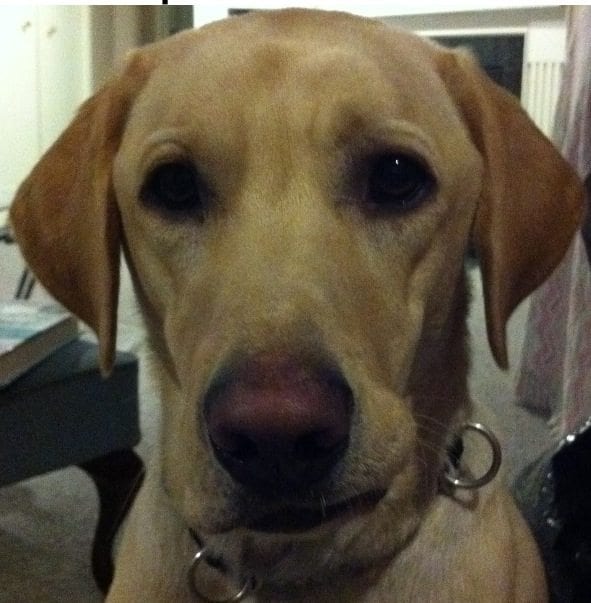 I began to explore natural approaches to my pets’ health over a decade ago when Phoenix, at that time a four year old yellow lab was diagnosed with Cancer. Phoenix had five tumors removed and when the oncology and histology report came came back that all of the margins had not been removed and over a 50% likelihood of cancer returning. The option was more surgery, or the quest for an alternative.

As I was involved in the Health Food industry, I began to research an area of comfort, alternative approaches to Health.

Dr Ian Billinghurst, an Australian Veterinary Surgeon, had spent over a decade researching the link between diet and disease, found that animals fed solely on commercial(processed) foods can expect to die up to five years earlier than those given bones and ordinary or “ Natural” diet.

As with humans, fresh foods (unprocessed), provide the healthiest source of nutrition. Every time our trusting furry friends ingest another bowl of processed foods, he or she is one bowl closer to ill health.

Pet foods were developed for profitability and convenience. We are falling for hype that marketing teams have spent millions on, to relay the benefits, to the general public.

The expression that it is a dog eat dog world is an apt description.Millions of animals whether from Humane Shelters, Veterinary clinics and slaughter houses, are recycled back into pet food.(taken from OUR PETS ARE DYING FOR IT) This is done through a process called rendering. The process of rendering, involves taking of unusable animal remains, heating at very high temperatures “rendering” it inert, skimming off the fat( used in the cosmetics industry), then using the highly concentrated proteins and adding it to grains, to make kibble.

Sounds like an acceptable practice to acquire cheap and plentiful protein but the introduction of high heat, literally kills off the nutrient value, leaving the remaining, just empty calories. These calories are then added to high carbohydrate(grains,) found in kibble.The protein found in grains, are even less digestable than animal protein for our pets.

Dogs and cats lack the salivary amylase ,required to digest carbohydrates, The grains found in pet food, are composed of insoluble fibre which is beneficial because it cleanses the colon( observe your pet going to the back yard, to ingest grasses and other plant material , to cleanse their digestive tract) and soluable fibre which is generally made up of starch. Unfortunately, starch once cooked has a reaction time in the body similar to feeding an animal pure sugar. We know how the human body deals with excess sugar, now imagine an animal without salivary amylase.

The body must deal with this excess sugar. It can store it as fat( hence the increased incidence in pet obesity in North America), use it as energy( we know the myriad of problems, associated with high sugar intake in humans who possess amylase) or expel it as waste.

Another issue that arises with grains and a processed food diet, is the need for “pet dentistry” a new and thriving area of Veterinary Medicine. The problem is that plaque build up, has it’s origin in carbohydrate foods. Your pet’s saliva begins the digestive process, carbs breakdown into simple sugars which the plaque causing bacteria feed on. As the bacteria increases, plaque production increase. Periodontal disease and tooth decay, are a result.Now we are being told to brush our pet’s teeth.Do wild animals have toothbrushes and die riddled with tooth decay? I think not!

So what is a “Natural Diet” mean to your pet. Natural should mean “Species Specific”

Many experts are concerned about what I am going to say next. Just as there are human “Raw Foodists”, your pet based on anatomy, should eat a natural, species specific raw diet. The concerns about salmonella and e coli are very real and obvious for humans preparing the food. Caution should be taken to wash hands regularly and disinfect the food prep area. A solution of Oregano oil and water can easily remedy the problem, as we all know about Oregano’s anti-fungal, anti- bacterial and anti-parasitic properties. These microbes, do not survive in your pets gastro-intestinal tract, as it does in the humans. The PH and the length of your pets’ digestive tract, is designed to pass microbes without incident. Hence the reason why Fido, can raid the garbage and Fluffy, can bring home and eat whatever feathery, furry things,it can find.

If your pet does have a problem with the digestive tract, as in humans, re-populating the tract with friendly bacteria, is a necessity.

An animals digestive tract is much shorter than a humans, which makes things pass through in hours rather than days.The length of the tract and the strong acid (HCI), is indicative of a carnivore but we are forcing the to be omnivores. The aforementioned, coupled, with the fact the their teeth are those of a carnivore, meant to slice and chew raw meat and bones, not grind.

Your dog will flourish on a 60-65% protein diet consisting of raw meat. Use the meat (ground initially,) of you choice to supply the protein but be aware that connective tissue and organ meats supply the vitamins and minerals.Raw bones, including chicken carcasses, can be tolerated but cooked bones can splinter and cause serious intestinal injury.

The vegetable component should be 35-40% and consist of low glycemic fruits and veggies, such as, apples, pears, spinach, broccoli,squash and some sweet potatoes and carrots. DO NOT FEED RAW ONIONS!

If your pet isn’t experiencing problems with the transition, speed up the process.

Cats can be fussy, so mix fresh food with their preferred food and transition slowly.

When determining the quantity of food, the rule of thumb is:
Dogs feed 1/4 lb. per 10 lbs. body weight. Dogs will get on average 2 marrow or shank bones a week, for dental health.

Many people in Canada want to undertake a weight loss[...]

Getting Help via Iridology and Sclerology in Health Stores

Alternative medicine is an increasingly popular practice throughout North America.[...]

Where to Get Your Omega 3 Fatty Acids: Supplements or Food Sources?

The research is clear about omega 3 fatty acids: whether[...]