INNO-Q-NOL for Heart and Brain Health

INNO-Q-NOL for Heart and Brain Health

Coenzyme Q10 (CoQ10) is a well-accepted antioxidant supplement that is beneficial for everyone in that it provides nutritional support for our cardiovascular system. It is also essential for the production of energy as it is used by nearly every cell in our body and acts as a powerful antioxidant protecting our cells from free radical damage. You can find CoQ10 in food such as fish, beef and peanuts. CoQ10 is an essential antioxidant if you are taking “Statin” medications (e.g. LipitorTM or CrestorTM); these are prescription drugs which are known to lower cholesterol. While these drugs are known to lower cholesterol an individual may experience many negative side effects such pain and tenderness, weakness, fatigue to the body as well as memory loss or confusion.

According to the Mercola Institute, “Statins lower your CoQ10 levels by blocking the pathway involved in cholesterol production — the same pathway by which Q10 is produced. Statins also reduce the blood cholesterol that transports CoQ10 and other fat-soluble antioxidants.” (Mercola, 2010).
When CoQ10 is depleted from the body one’s health becomes compromised as it leads to a loss of cellular energy and an increase in free radical damage, speeding up the progression for heart disease.

Ubiquinone and Ubiquinol. Ubiquinone is the oxidized form of CoQ10; when taken, Ubiquinone becomes metabolized by our bodies and is converted to Ubiquinol. As we age, and especially after the age of 40, our ability to metabolize Ubiquinone becomes increasingly difficult so it is best to supplement with Ubiquinol. Ubiquinol is the reduced form of CoQ10 and accounts for 80% of the CoQ10 found naturally in our body. It protects our cells from oxidative stress and recycles other antioxidants such as vitamin E and vitamin C in the body. Ubiquinol also increases energy levels and supports heart, lung, kidney and brain health. Many researchers have indicated that Ubiquinol may have higher bioavailability and potentially be more effective when used at a lower dose compared to Ubiquinone.

What you should know about Ubiquinol and Statin Medication

As previously mentioned, we know that when you take a statin drug you deplete your body of CoQ10, the heart’s primary energy source, thus furthering your risk of heart disease. If you are on a statin drug it is imperative that you are supplementing with CoQ10 in the form of Ubiquinol to neutralize the damage inflicted by the medication itself. A typical recommendation for anyone taking statins is 200mg daily. For optimal absorption you can take Ubiquinol in divided doses with a meal (it is best absorbed with some fat). It is important to mention that there are several challenges when it comes to taking Ubiquinol supplements. Ubiquinol supplements can oxidize rapidly and can go back to the original CoQ10 form, losing all the benefits that come with Ubiquinol. To prevent this from happening it is important you choose wisely when shopping for Ubiquinol and only purchase patented formulations; this will guarantee an effective high quality formulation and superior results. Consider Better Living’s top choice Ubiquinol by Innovite Health.

Since we know that Ubiquinol by nature is not stable and reverts back to ubiquinone. Kaneka Corporation, the world’s primary CoQ10 producer, has developed a patented process that creates the most highly stabilized form of Ubiquinol as a raw ingredient – Kaneka QH® Ubiquinol. While many supplement brands utilize Kaneka QH® Ubiquinol, how it’s handled during final manufacturing has a significant impact on the stabilized form and the degree and rate to which natural destabilization will occur. To ensure the superior efficacy of Ubiquinol at the time of ingestion, Innovite Health incorporates one final manufacturing step: the patented Q-Nol® process (US Patent 6,740,338). This final step ensures that the Ubiquinol in the finished product remains stable and thus Ubiquinol right through to expiry.  Support your heart health and reduce the risk of cardiovascular disease with Innovite Health’s INNO-Q-NOL Stabilized CoQ10 Ubiquinol (available in 100mg or 200mg soft gels). 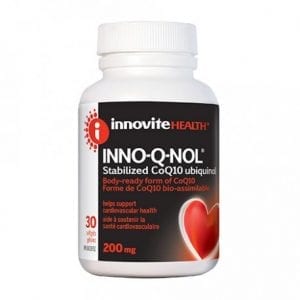 Innovite Health also offers a family of mood and cognitive health products which ensures optimal brain and central nervous system function. An additional top selling antioxidant supplement is Innovite Health’s INNO-Q-NOL UltraSorb. Coenzyme Q10, in the form of Ubiquinol, is a vital nutrient present in mitochondria of every cell in the body. It plays a critical role in energy production within the cells of the nervous system, including the brain. By restoring and repairing the healthy cells in your body and protecting them from free radical damage, you will be able to reclaim your cognitive health to achieve a stronger and longer lasting wellness. Some of the key benefits of this antioxidant supplement can support the function of our central nervous system and reduce the frequency of migraine headaches. It can also help in the recovery from brain trauma such as concussions and preventing age related dementia. 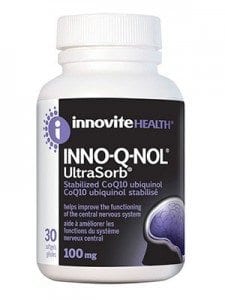 When it comes to supplementation, we at Better Living are dedicated to providing our clients with the very best in health care. We only wish to dispense the most natural, therapeutic, safe and effective medicaments to our clients.  For more information on Innovite Health as well as CoQ10 and Ubiquinol supplementation please contact our dispensary and speak with our qualified team of health care professionals. 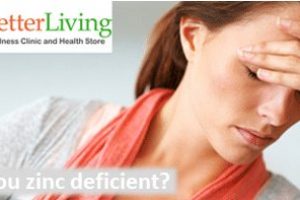 How to optimize your health with the Zinc Tally 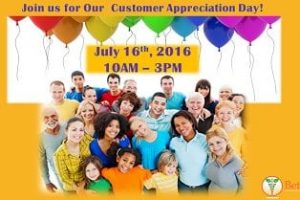 Join us out front of the store in the Royal[...] 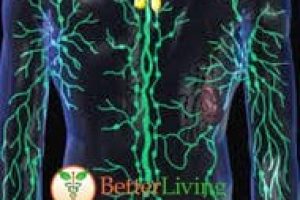 With the change of season and drop in temperature many[...]