Monk Fruit, Stevia or Xylitol In Place of Artificial Sweeteners 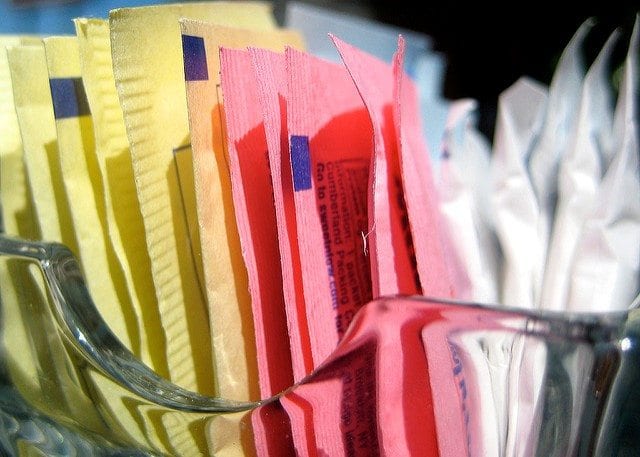 Monk Fruit, Stevia or Xylitol In Place of Artificial Sweeteners

There is perennial debate over the safety and health benefits of using artificial sweeteners as a substitute for sugar. While the health dangers of sugar are well documented, many are wondering if synthetic alternatives are in fact a worse option than sugar.

Research provides conflicting information. While artificial sweetener use does have its proponents, there are an increasing number of studies suggesting it can have detrimental health effects.

Some of the include increasing the risk of infant obesity when consumed by pregnant mothers to having adverse effects on gut bacteria; possible connections to increased cancer risks; and signaling the brain to increase food intake, artificial sweeteners are giving many people in the health community pause.

So are there any sugar alternatives that can be considered safe? Fortunately, there are several naturally-derived sweetening options you can try that have not been associated with the dangers of artificial sweeteners and which, in fact, may present considerable health benefits.

In this article, we will take a look at three sweetening alternatives: monk fruit, stevia and Xylitol.

Monk fruit, otherwise known as lo han guo, is a small fruit from the plant Siraitia grosvenorii native to Southeast Asia that has been used for centuries to treat a variety of ailments. One of its main properties, however, is the fact that the juice of the fruit is considered to be as much as 200 times sweeter than sugar, making it a popular choice as a sugar substitute.

Approved by the U.S. FDA for use in foods since 2009, it is sold under a variety of labels and has zero calories per serving. The additive is all-natural, as it is extracted from the fruit by crushing it into juice. Numerous studies from several countries including the U.S. and Canada have determined that monk fruit is a safe alternative.

Stevia is a sweetening agent extracted from the leaf of Stevia rebaudiana, a plant native to parts of South America. Indigenous peoples have used the plant for well over a millennia as an additive to teas and medicines.

To harvest the active chemical compounds, stevia producers first undertake a water extraction process followed by a crystallization purification regimen resulting in the sweetener. The U.S. FDA approved it for use as a food additive in 2008. Today, both Coca-Cola and Pepsi use stevia in some of their beverage products.

Some of the benefits of Stevia:

Xylitol is the name of a naturally-occurring sugar alcohol found in a variety of plant sources. It can be extracted from some fruit and vegetable fibers, as well as hardwoods and corncobs.

Turning it into a food additive is complicated since the extracted xylose needs to either go through a hydrogenation or a microbial fermentation process to return a useable sweetening sugar alternative.

While not completely free of calories, Xylitol does offer a lower caloric profile than sugar (2.4 cal/g as opposed to 4.0 cal/g for sugar). Because of its dental benefits, Xylitol is widely used in sugar-free chewing gums as well a some toothpastes and mouthwashes.

Some of the benefits of Xylitol:

Monk fruit, stevia, and Xylitol are excellent alternatives to artificial sweeteners due not only to the fact that they are naturally derived but also because of their proven or suggested health benefits.

The next time you reach for an artificial sweetener, try one of these options instead. You will very likely find they provide all the sweetness you are looking for without any of the potential side effects.

Better Living is a Toronto based wellness clinic and health store with over 40 years experience helping people live healthier lives. Our philosophy includes educating individuals on making healthy life choices, and we offer a complete line of health products to help support your body and mind. Contact us to learn how we can help you reach your health goals. 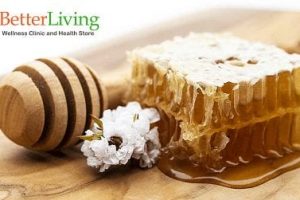 This Potent Honey Will Keep You Healthy Year-Round

Currently, Manuka honey is one of the most sought after[...] 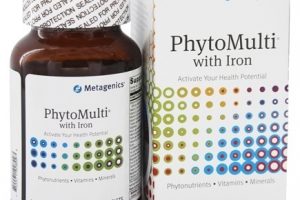 A recent study by the Journal of the American Medical[...] 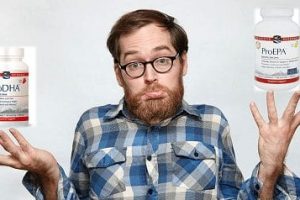 Which Omega3 Fish Oil is Right For You – EPA or DHA?

Now-a-days when we walk into a health food store, we[...]