Aires Black Crystal is designed to neutralize the harmful effects of electromagnetic radiations emitted by large data transmitting electronic devices like Computers, Laptops, Monitors, Smart TVs, Smart Meters, Wi-Fi Routers, etc. At the heart of the Aires Black Crystal is a next generation 24-vector silicon based Aires microprocessor – a fractal diffraction matrix that triggers the forward and inverse Fourier transformation of the electromagnetic radiation it interacts with.
How it Works
The topological circuit, which is superimposed on the product’s surface using Immersion Gold technology, acts as a resonator antenna. A capacitor is formed by two of these circuits, which are electrically conductive and separated by an insulating layer. Power is supplied by background radiation (natural and man-made). When an excess charge (polarization) has built up, it is automatically redistributed to the Aires microprocessor, which uses the charge to cause a coherent transformation of the field in the form of a hologram – a space-time matrix made up of regularly alternating maxima and minima. The hologram interacts with external radiation, restructures it (forward and reverse Fourier transform) and matches it with a person’s own radiation, thus eliminating conflict between the external radiation and the radiation from the human body’s cells. 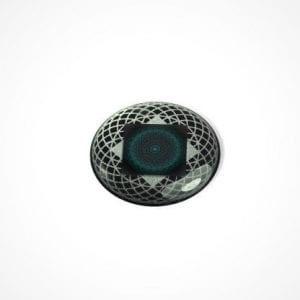 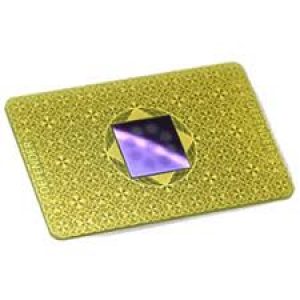